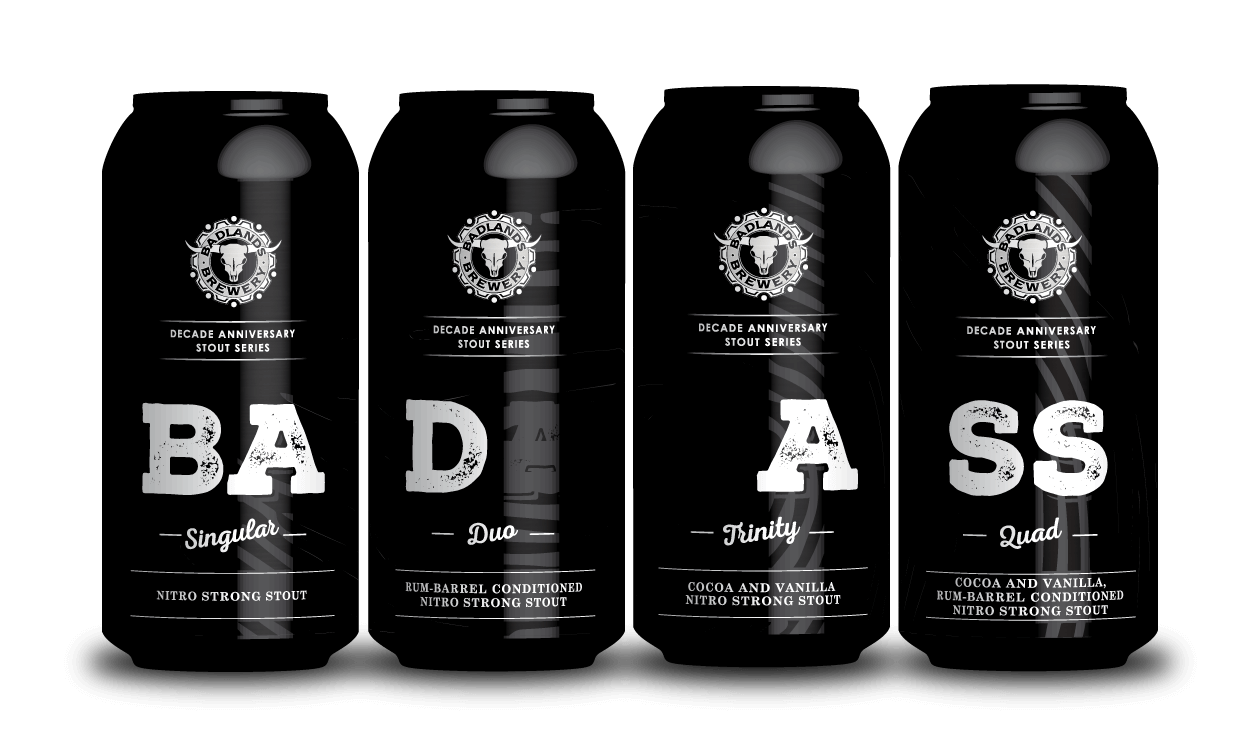 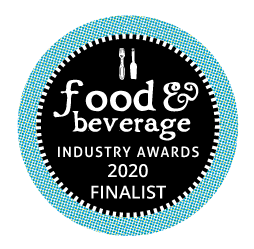 Badlands brewery was established in Orange in 2010.

To celebrate there success the owner Jon Shiner conceived a special series of stouts.  Starting with their reknown Nitro Strong Stout ‘Singular’.  Then came ‘duo’ which was aged it in rum barrels. Next off the line was ‘Trinity’ which was infused with Cocoa and Vanilla.  And last but not least ‘Quad’ which had it all.

To showcase these one off exclusive brews.  Jon needed a design which highlighted the quality and significance of this special milestone.

First step was to sit down with Jon and discuss his vision.

The style of the labels were conceived by combining the brand’s heritage and regional feel with a strong clean design reflecting the use of aged distillery barrels. A muted signature is used to reflect the original signature stout.

We then workshopped the concept(s) which Jon felf best reflected his vison and created final artwork for the series of Stouts. Ready to be supplied to the label company for printing.

Shortlisted at the 2020 Food & Beverage Awards.

Sold out within 3 Months 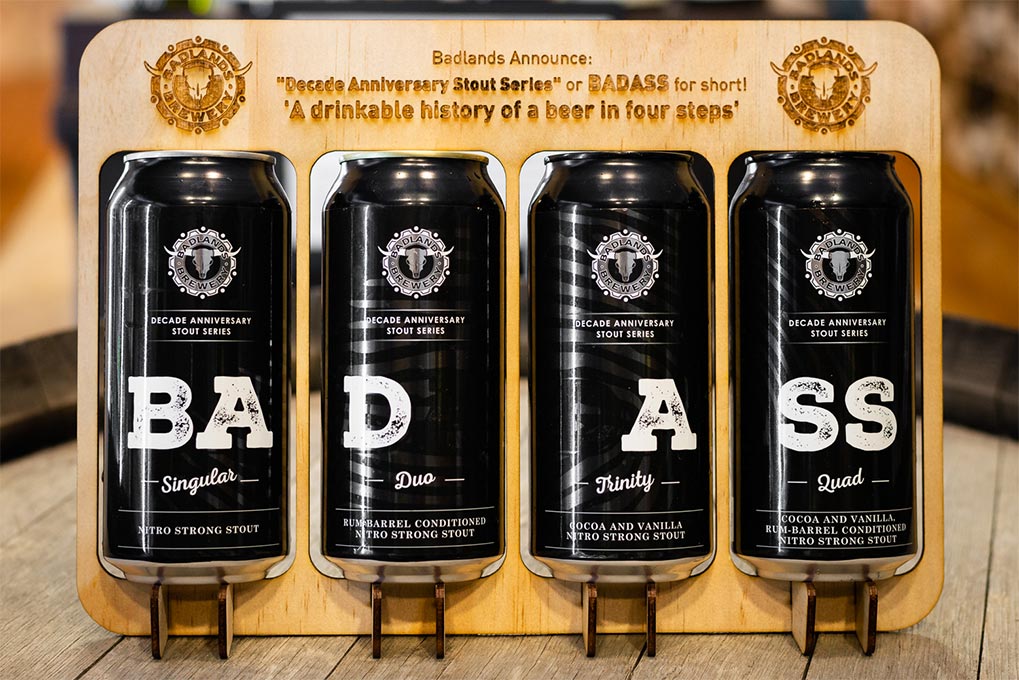 Just imagine what MD can do for you

Just tell us a little about your business and well send you a complimentary report on strategies and opportunities for future growth.